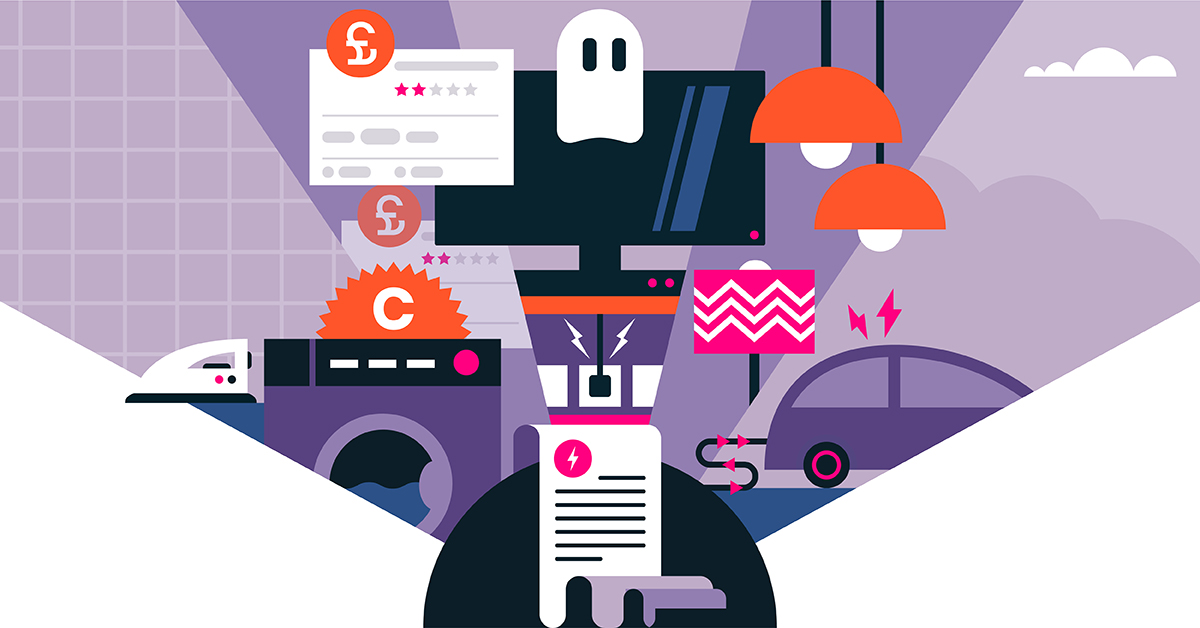 Why is my electricity bill so high?

Oh no, not another electricity bill. Do yours seem sky-high?

There could be several reasons why that’s the case.

You have old, inefficient appliances

While you’ll usually have to pay more for a top-rated A+++ tumble dryer, for example, it could save around £46 each year compared with a C-rated one. Similarly, an A+++ rated electric oven uses 60% less energy than a B rated one.

Also, consider, have you bought any new gadgets lately that may be sapping power? Or perhaps you’ve been binging on Netflix?

You’re on an expensive tariff

If your energy bill seems especially high, it could well be that you’re on an overpriced tariff. When was the last time you switched tariffs? If it was more than 12 months ago, you’re likely to be on a super-expensive standard variable tariff. Don’t assume that your supplier will offer you their best deal at the end of your contract. If you don’t review your tariff at the end of the fixed term, you could pay over £200 more for your bill than if you were on the cheapest available deal with the same company.

Switching your tariff takes 10 minutes and can save you around £300 on your annual energy bill. 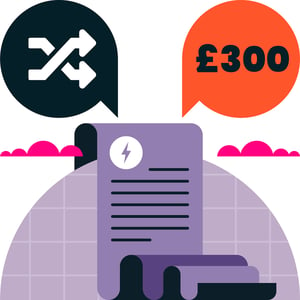 Everything’s on, all the time

Do you have appliances and gadgets continuously plugged in and switched on, needlessly draining energy? If so, that certainly won’t be helping your bill.

Some appliances, like a fridge or freezer, need to be left on all the time, or kept on standby, like a smart speaker. But many appliances are left on that don’t need to be. This background electricity use is known as ‘Phantom Load’, because of the way in which energy is invisibly drained without users necessarily knowing about it.

Analysis of Loop data found the average UK household wastes an average of £140 unnecessarily through their Phantom Load, while in some homes this could be as much as £450.

Some of the biggest energy-wasting culprits in British homes include set-top boxes, which could cost more than £75 while left on standby for a year, and unused fridges or freezers which could be adding an extra £50 to your energy bill every year.

If your home isn’t particularly energy efficient - perhaps it’s old and poorly insulated for example - then it can be hard to keep your energy bills down, both for electricity and gas.

There are plenty of changes you can make, often at relatively low cost, such as replacing your inefficient lighting with super-efficient LEDs; if you replace all of the bulbs in your home with LEDs, then for an initial outlay of £100 you’ll save about £35 a year on your energy bill.

Also be sure to insulate pipes, draught proof your house, look after your radiators and control your heat; turning down your central heating thermostat down by just 1 degree can make an annual financial saving of £80.

Your bill is wrong

If your electricity bill is suddenly much more expensive, then perhaps there’s another problem.

If your bill is based on estimated readings, compare these figures against your actual meter. If the estimate is much higher than what you’ve used, then contact your energy company with your meter readings and have a more accurate bill reissued. 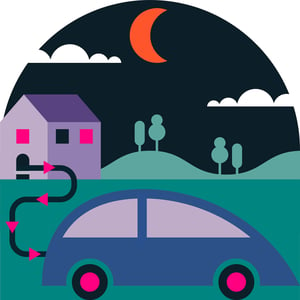 You’ve got an electric car

If you regularly charge an electric car at home, then you’re likely to have larger electricity bills than your neighbours. A 2018 study by Vivid Economics found that running an electric vehicle could add around £175 per year to the vehicle owner’s electricity bill. But you’ll be saving huge amounts of money at the pumps: the same research showed it cost an average of over £800 to run a new petrol or diesel car.

So, even though your electricity bill is higher, you’re actually saving money. But you could reduce you outgoings further, by switching to an off-peak electricity tariff. These offer cheaper energy during specified off-peak, low demand times of day, so you could benefit from charging your car using cheap overnight electricity.

Or why not consider solar panels, generate your own electricity and increase your self-sufficiency?

You don’t have a clue how much energy you use... or how much it costs

If you don’t know much about how and when you use electricity in your home, then it’s hard to control it, and the result can be higher bills.

If, on the other hand, you know how much energy you’re using and what it's costing you as you use it, then you can take control. Research has shown that simply seeing the cost of what you’re using in real time can easily cut your costs by 5% - it’s called the Feedback Effect.

With Loop, you can do exactly that: find out how you use electricity, then make smart decisions about using less. Our clever app shows you accurate costs and real-time electricity usage so you can see the positive effect of changes you make.

Subscribe to our regular newsletter below to become part of the Loop community, and receive regular updates to help you make smart decisions about using less energy.
Tags: Money Saving, Long Read, Tariff, EV
Back to blog

Are you being over-charged for your energy?

Are you one of those rare, super-efficient people who keeps an eagle-eye on their budgeting and...
Read More

Creating an energy-efficient home isn’t just about thinking about what’s on the inside - it’s also...
Read More

If you want to take better control of your home energy – whether by switching to a better tariff or...
Read More