Box-set binge tonight? You'd be shocked by the environmental impact

Conscious of helping the environment, you may have started taking fewer flights and even avoid using your car as much.

But how about cutting back on streaming high definition videos on your smartphone or laptop? Or making fewer Google searches? The answer is likely to be no. But the internet and video streaming services take a huge toll on the environment.

Internet use and the environment

Digital technology emits 4% of Greenhouse gas emissions, according to a report by French think tank Shift, published in 2019. That’s more than civil aviation. It’s forecast to grow too, to 8% of total emissions by 2025, which would be equivalent to the current share of greenhouse emissions from cars.

Data traffic is very energy intensive. It requires large scale infrastructure, at the heart of which are huge data centres. The biggest of these, according to an article in Yale Environment 360, cover “a million square feet or more” and “consume as much power as a city of a million people.” However, there are efforts to make these date centres greener. Google, for example, says it matches 100% of the energy consumed by its data centres with renewable energy.

Online video accounts for 60% of all of that data: as Shift explains, video is so data-rich that 10 hours of high definition video comprises more data than all the text articles in English on Wikipedia.

Shift calculated that online video viewing generated more than 300 million tonnes of carbon dioxide equivalent (MtCO2e) during 2018, to generate a carbon footprint comparable to the annual emissions of Spain. 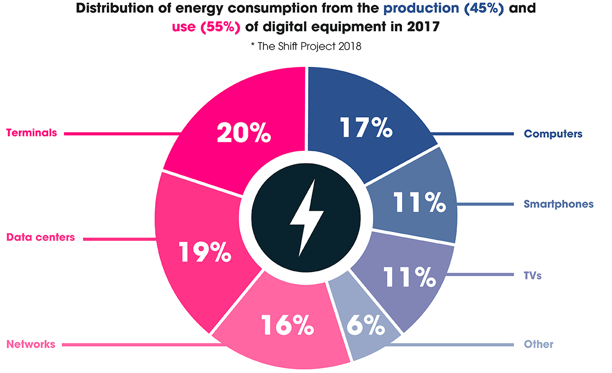 To put it all in some context, watching video over the internet at home is roughly the same as having two or three old-fashioned incandescent light bulbs on, according to Prof Chris Preist and Dr Dan Schien, of the University of Bristol's computer science department, quoted in a BBC article.

The big problem is a huge addiction to binging on shows on the likes of Netflix and Amazon Prime. Shift found between them, video-on-demand services are responsible for greenhouse gas emissions equivalent to those of a country the size of Chile. 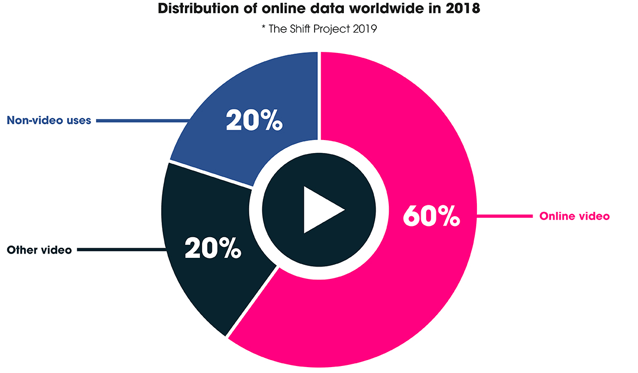 In the real world, where most people just want to sag into the sofa in the evening and catch up on Stranger Things, they probably don’t give much thought to the impact on the environment. As Shift suggests, the “direct and indirect environmental impacts related to the growing use of digital are constantly underestimated due to their miniaturisation and the invisibility of related infrastructure”.

It’s not just video though. There are other digital culprits too. Even a Google search has an impact. The CO2GLE data visualisation was created to illustrate the environmental consequence of Google searches - click on it to see a real-time counter.

And earlier this year, researchers at the University of Cambridge estimated that Bitcoin alone consumes more energy than the entire nation of Switzerland. Or as much energy as all the tea kettles in use in the UK over 11 years. 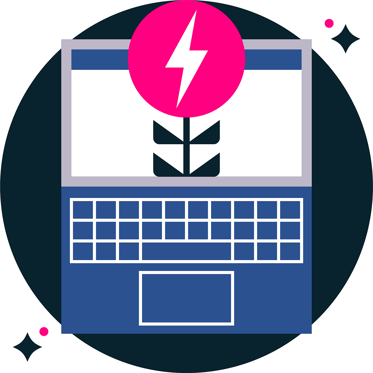 But what can be done?

Experts agree that consumers are unlikely to start cutting back on their internet consumption - or say, watch videos in a lower definition – in order to help save the planet.

The first step towards making a difference is for everyone to start to appreciate how much electricity their internet browsing consumes, and what impact this has on the environment. To do this, try the "Carbonalyser" browser extension.

You might just be inspired to cut back on your Netflix binges.