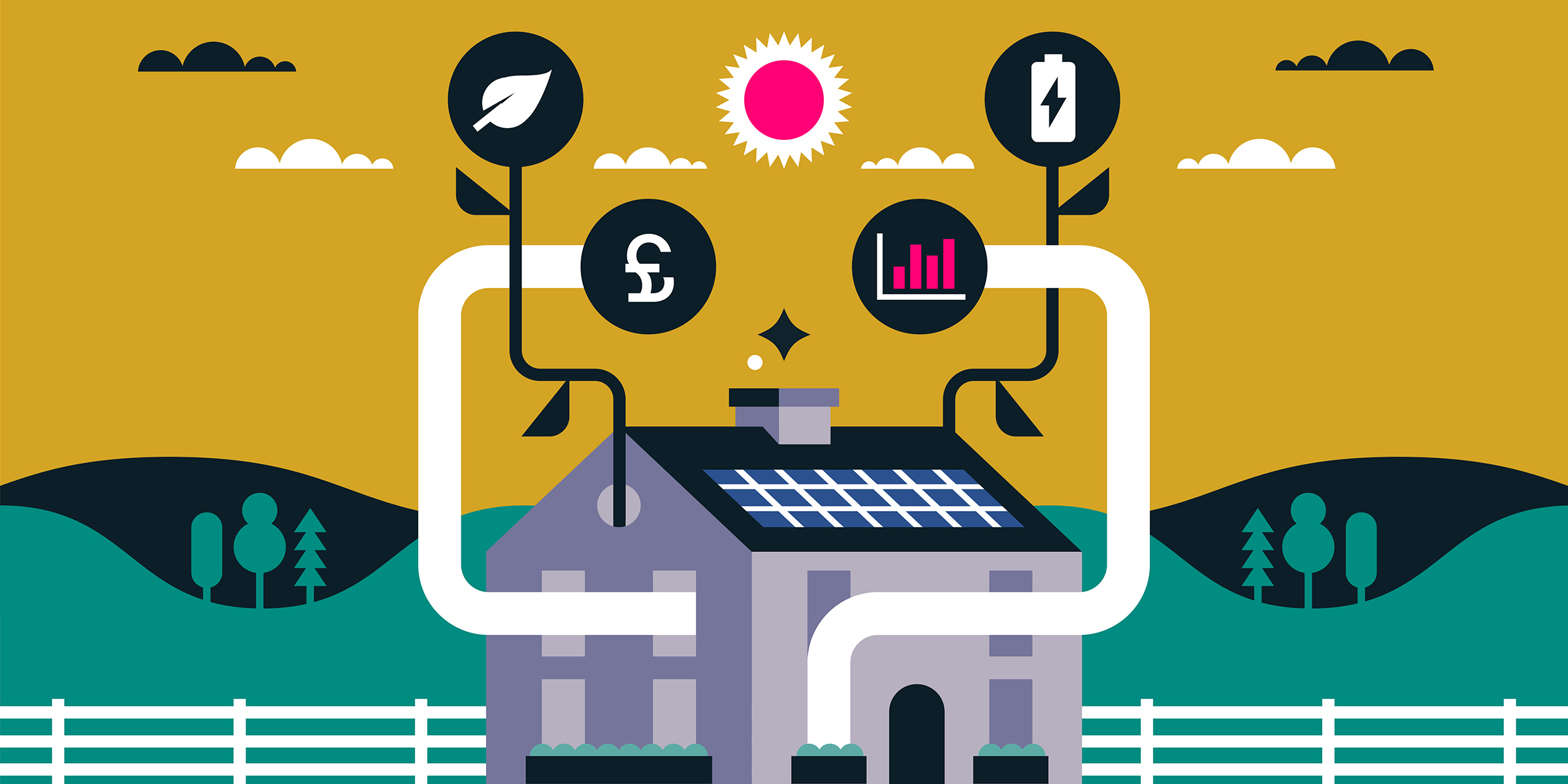 The benefits of generating your own solar power

Solar is the most common source of renewable energy, and solar panels are now a common sight on roofs across the UK.

If you haven’t got solar panels, also known as photovoltaics (PV), on your home, then what’s holding you back?  (Update Aug 2020: Especially now Loop can show you what a difference it could make to your household....)

While the financial motivation isn’t as strong as it used to be (more on that below), there are several good reasons why solar panels will continue to appear on roofs across the UK, and why they could be a good option for your home.

As solar panels convert energy from the sun into electricity, they’re 100% green and don't release any carbon dioxide or greenhouse gases.

As this solar energy won’t run out, it’s deemed a renewable energy source. That’s in contrast to using fossil fuels, which will run out, and do plenty of damage to the planet.

Bear in mind too, that as it's daylight rather than heat that powers solar panels, they still work in winter and on cloudy days.

Diesel and petrol cars are gradually going to be replaced by electric models - in fact, sales of new petrol, diesel or hybrid cars will be banned in the UK by 2035.

Electric vehicles (EVs) and home solar generation go hand in hand. If you have an electric car, charging it at home is most likely to be your cheapest and most convenient option. But EVs drain a lot of electricity when charging, so you really do want to be able to have your own source of cheap, renewable electricity. Solar panels are often the best answer.

However, solar panels don’t generate electricity overnight, so a third piece of the jigsaw puzzle may be required: a battery, or energy-storage system, which stores the electricity captured during the day, for use at a later date. 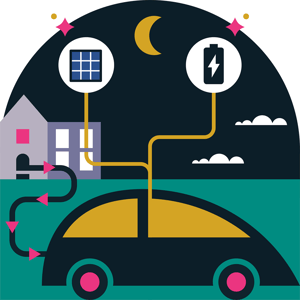 It feels good to create a connected, smart home, using technology to take control of everything from the contents of your fridge to your home security and energy use.

Solar power can be part of that. You’re making a shrewd decision to capitalise on the best possible technology available, and by doing so generating your own, free electricity – directly from the sun, no less! It simply feels good, and that’s a strong incentive to go for it.

Fitting solar panels will save money on your energy bills, as you won’t have to buy as much – if any – energy from the grid. The average domestic solar PV system is 4 kWp (kWp, or kilowatt peak, is the terminology used to describe the peak output of a PV system or panel), which on a home in the south of England can generate around 4,200 kilowatt hours of electricity a year, which is more than enough for most households.

That said, the savings from solar PV with the SEG are much greater than they would be otherwise. The Energy Saving Trust has some useful charts showing different cost savings in different scenarios - scroll down towards the bottom of this website to see them.

Self-sufficient living doesn’t have to mean living under a tarp in the woods, while preparing for the end of the world.

It’s about increasing your household’s independence and resilience, and in the case of energy self-sufficiency, it means relying less on the National Grid and energy companies.

You’re doing just that by installing solar panels, particularly if you add a battery and EV to the mix. Such self-sufficiency is a big draw for some people to go solar.

The power will be in your hands.

If you have been thinking about adding solar panels to your home read on.  What if you could test how solar panels and a home battery would work for you, before you invest? Well, our clever Solar and Battery Simulation lets you do just that.  Using your energy data, details about your house and weather information, we can show you the actual difference solar power could make to your monthly bills and your reliance on grid energy.

Subscribe to our regular newsletter below to become part of the Loop community, and receive regular updates to help you make smart decisions about using less energy.
Tags: Renewable Energy, Quick Read, Home, Solar
Back to blog

Quiz: are you wasting money on home energy?

It’s all too easy to waste energy - and money - in the home.
Read More

A good year for electric cars: why owning an EV is more appealing than ever in 2020

There has never been a better time to drive an electric car. Here are five reasons why 2020 is...
Read More