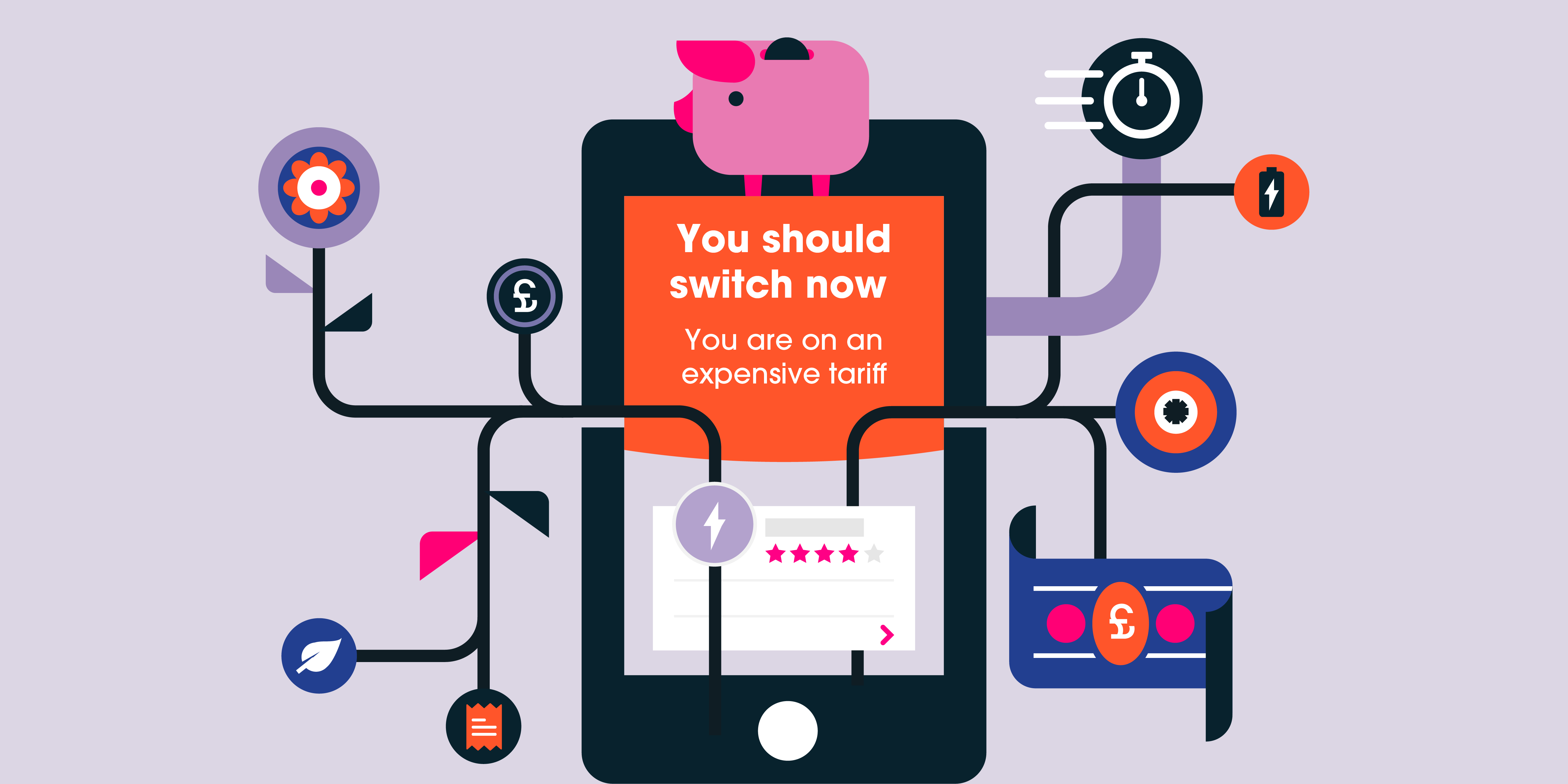 Why you should switch energy tariffs (it's easier than you think)

Switching to a cheaper tariff is one of the simplest ways of saving money on your home energy bills.

By taking that one simple step, you could save around £300. So why do only 15% of people actually switch their tariff each year?

We’ve dug into research by energy regulator Ofgem to find out what’s stopping people – and to help dispel some myths about switching.

“I didn’t know you could switch”

Most people understand that they’re not stuck on the same energy deal for life - they can change their supplier, tariff or payment method.

But there is a worrying minority who don’t switch suppliers because they don’t even realise it’s possible: 13% of people don’t realise they can switch to a different energy supplier.

The reality is that everyone can switch. No one needs to pay over the odds for their home energy - compare deals and you’re likely to find a much better one, even if you’ve switched in the past.

If you’re on a fixed contract, you just need to first find out if you’ll be charged an ‘exit fee’ for leaving early. This should be stated on your bill. If you’re in the last 49 days of your deal, you don’t have to pay this fee.

“I’m not confident about switching”

One of the reasons people don’t switch to a better deal is that they’re concerned about the difficulty of comparing the many different options available.

Ofgem’s research showed that only 60% of people are confident about comparing energy deals. For the over 65s, this percentage drops to 47%.

But there is plenty of good information now available online, from sources like Loop, Citizens Advice and Which? Also, if you change your mind about your new deal, you have 14 days to cancel from the date you agree a contract.

“It’s too much of a hassle”

Almost half (47%) of people believe that switching is a hassle that they don’t have time for.

This percentage increases to 61% among people who don’t use the internet, and to 58% for those who’ve never switched supplier before.

The experiences of people who have already switched suggest this is a misconception: few switchers felt it had been a hassle, according to Ofgem.

And there are tools to help you. If you have Loop, then the process is pain-free; you’ll receive accurate and personalised switching prompts.

“It takes too long”

More than a quarter (28%) of people are reluctant to attempt switching energy suppliers as they fear it will take too long.

It’s true that you won’t see an immediate result: the whole process normally takes about 17 days. But you won’t be spending that time wading through paperwork and negotiating with two energy suppliers. Instead, as part of the ‘Energy Switch Guarantee’ your new supplier will take care of everything. You just need to contact your new supplier once you’ve found the right deal.

“I won’t save money”

People generally switch energy tariffs to save some money.

So, the 22% of people who doubt they’ll save enough money by switching - or who believe they’re already on the best deal - aren’t going to bother taking the leap.

That could be a mistake. In reality, wholesale energy prices are changing all of the time, and you’re like to save money by switching each year. If you haven’t switched for a long time, that saving could amount to hundreds of pounds. 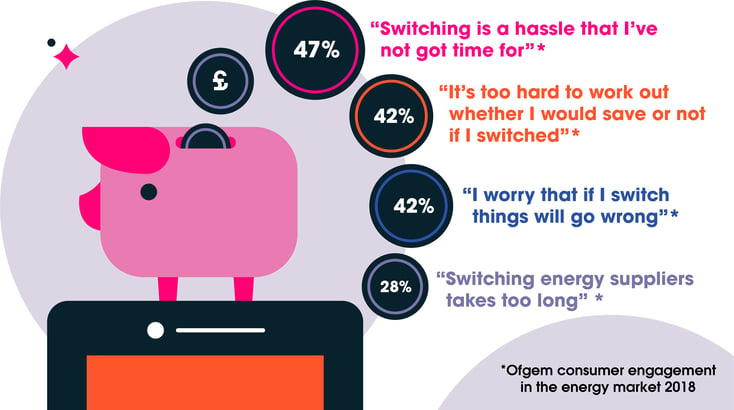 “Something will go wrong”

It can feel unnerving dealing with large organisations. Especially if it relates to something as important as keeping your home running. So, 42% of people are put off switching as they fear things will go wrong if they do.

Among these people, 26% fear costs will go up by switching and 18% worry they might not save as much as they thought. Others fret about double billing, their energy supply getting cut off, or that their new supplier might go bust.

Thankfully, these are all myths.

Over half (58%) of all consumers are confident they’re already on the best deal for their household - or simply can’t be bothered to even think about it.

But inertia can cost you dearly. Four fifths (81%) of people who had switched supplier in the past 12 months think they are already paying less for their energy, or would in the future.

People’s concerns over switching are usually unfounded. Ofgem found that most switchers thought that switching was an easy and hassle-free way to save money on their bills.

Without wishing to blow our own trumpet, Loop is rather good at switching.  The Loop app shows how much you can save, all the available supplier options and then makes it super-simple to actually switch via the app.  Then you can forget about it - we'll tell you when it's time to check again.  Find out more here.

Subscribe to our regular newsletter below to become part of the Loop community, and receive regular updates to help you make smart decisions about using less energy.
Tags: Money Saving, Long Read, Tariff, Switching
Back to blog

Take the pain out of switching energy tariffs

It’s too much of a hassle. I won’t save money. I don’t have time. I’m worried something will go...
Read More

Are you one of the 11 million in the UK who are on a super-expensive default energy tariff?
Read More

Stuck at home: take control of your energy bills