Are you being unfairly taxed for your energy loyalty?

When it comes to paying for day-to-day services, from energy and insurance to mobile and broadband, loyalty does not pay: people are often charged more when they stay with their current supplier instead of switching to a new deal.

It doesn’t seem right, but it’s true. Huge numbers of customers are on uncompetitive deals, paying far more for a service than a new customer would. Citizens Advice found that eight in 10 bill payers are charged significantly higher prices for remaining with their existing supplier in at least one essential market.

Many people simply don’t realise this. Depending on the market, up to 64% of consumers didn't know that loyal customers are charged the same or more than newer customers, the Citizens Advice research showed. Older and lower income consumers are more likely to face the loyalty penalty, Citizens Advice found, and there are reports that it has got worse during the Covid-19 crisis.

Many suppliers of household utilities and services charge a so-called "loyalty tax" – by charging existing customers more than new ones – and energy is no exception. 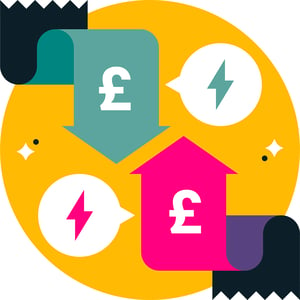 In fact, this energy loyalty penalty is expected to cost consumers more than £3bn in 2020 according to research by energy company Bulb, reported in August 2020. Its research found that several providers charge existing customers the pricey standard variable tariff whereas new customers are signed up to cheaper fixed-term rates.

How to avoid the energy loyalty charge

Your loyalty shouldn’t be penalised. So, take action and wave goodbye to your existing suppliers. For energy, that can make a massive difference to your bills.

Switching energy supplier is quick, straightforward and could save you around £300 on your annual energy bill. By regularly switching, you’ll keep on enjoying the benefits of being a new customer, rather than falling foul of the loyalty tax.

Even if you have already switched tariff previously in pursuit of a better deal, you could still be out of pocket, particularly if you’ve been rolled onto a standard variable tariff (SVT). Earlier this year, Loop analysed the prices from some of the UK’s top energy suppliers – including E.ON, SSE and EDF Energy –  and found that dual fuel customers on an SVT paid an average of £121 more each year than those on a fixed price tariff. Meanwhile, electric-only customers on an SVT paid an extra £64 on average, compared to those on a fixed rate.

As Citizens Advice research showed, many people simply aren’t aware that they’re paying over the odds for services such as energy. They might assume that as a loyal customer, they’re getting a good deal.

Certainly, when it comes to energy switching, most people are sitting on their hands. Under a quarter of customers changed their supplier last year (24%), according to Ofgem, while just 18% switched to a new tariff. In addition, the energy watchdog also found that almost half (49%) of energy customers have never switched or only done so once.

Loop conducted a consumer survey to better understand why people don’t seek out new deals when doing so could save them money. The results showed that a quarter of people (25%) don’t switch supplier simply because they’re content with their current deal. The same proportion said they didn’t realise the money they could save by switching.

Meanwhile, time and a perception of the hassle of switching also proved to be a factor: more than one in ten (13%) people said they “couldn’t be bothered” to switch. The same proportion said they don’t understand the options available to them or feel anxious or stressed at the thought of going through the process.

But Loop’s research revealed they could be paying hundreds more for their bill than if they were on the cheapest available deal with the same company.

With quick and easy tariff switching built into the app, an energy-saving assistant like Loop lets you choose the tariff that’s right for you, based on the actual energy you use and guides you through the process, step-by-step, in less than ten minutes.

Subscribe to our regular newsletter below to become part of the Loop community, and receive regular updates to help you make smart decisions about using less energy.
Tags: Long Read, Switching
Back to blog

Freebies to help you be more energy efficient

Creating a more energy efficient home needn’t cost a fortune. In fact, there are plenty of freebies...
Read More

Are you being over-charged for your energy?

Are you one of those rare, super-efficient people who keeps an eagle-eye on their budgeting and...
Read More

Price cap rise: why you should take action

This October, a new energy price cap will come into action, pushing household energy bills up by a...
Read More