You’re trapped in a lift with US president Donald Trump. It’s broken and you have a few minutes until the Secret Service rescues him. Perhaps you should use this precious time to try and change the mind of the world’s most powerful climate change denier?

It’s your big chance. Yet, however strongly you believe in the need for greater action to halt the climate emergency, could you provide the facts and arguments to convincingly and briefly contend your case?

While you may never get a broken-lift-audience with president Trump - or any other die-hard climate denier - you may encounter friends, family, or the occasional taxi driver who just aren’t that convinced about the need to change.

Here are some basics to answer any myths and arguments chucked your way, without resorting to preaching, yelling or tearing your hair out.

The sceptic says: Not all scientists agree that climate change is man-made

This argument is, technically, correct. Just 97% of climate scientists agree that climate-warming trends over the past century are extremely likely down to people.

That leaves 3%. However, researchers tried to replicate the results of those 3% of papers and found that “every single one… had an error—in their assumptions, methodology, or analysis—that, when corrected, brought their results into line with the scientific consensus”.

The sceptic says: Where’s the evidence that climate change is real?

Here are a few of the main ways that scientists have shown climate change to be real: 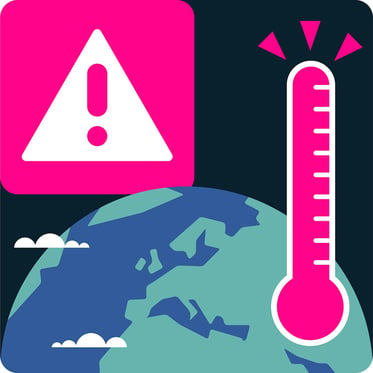 The sceptic says: Global warming can’t be real as it’s freezing cold outside

“What the hell is going on with Global Waming [sic]? Please come back fast, we need you!”

That was part of a tweet from US president Trump during a freezing cold January 2019. The argument here is that climate change can’t be real if it’s not warm outside.

It’s important to remember that Trump was talking about the cold ‘weather’; there is after all a difference between climate and weather - climate is the average weather patterns in a region over a long period of time.

The sceptic says: What’s wrong with a little warming?

A lot. So far, the impacts of climate change include:

It’s true, the Earth does, over the millennia, go through cycles of colder ice-ages and then warmer periods, caused by changes in Earth's orbit around the sun. In addition, things like volcanic eruptions can influence the climate.

But now these changes are happening too fast to be explained by natural cycles. Since the Industrial Revolution, the high levels of greenhouse gases in the atmosphere - including a 40% increase in carbon dioxide during the 20th and 21st century - have seen the global temperature rise at a much faster rate.

In other words, human activity is the main cause of global warming. 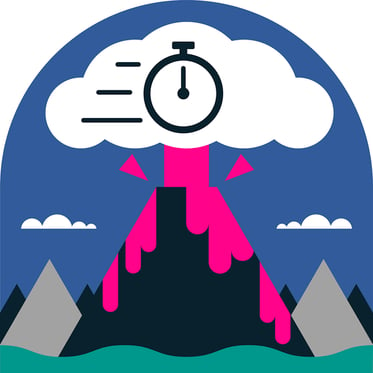 The sceptic says: What difference can one person make anyway?

Perhaps not an argument you would hear from the leader of the world’s largest economy. But even the most green-minded of people may sometimes wonder whether they, as an individual, can make the slightest bit of difference.

Of course, climate change isn’t solely the responsibility of giant faceless corporations or governments. People use a lot of energy. For example, burning fossil fuels to generate electricity and heat buildings accounts for one-quarter of human-made greenhouse gas emissions. So, saving energy in homes is one of the steps being urged by the Committee on Climate Change (CCC), which advises the government on how to meet its net-zero target.

Individual action really does make a difference. By doing something bold like giving up flying - and talking about it - you can help shift what’s viewed as normal and influence others to do the same.

Besides, as Prof Peter Singer of Princeton University has told journalists, a ‘moral duty’ means that everyone is obliged to act, regardless of how miniscule the impact might be.