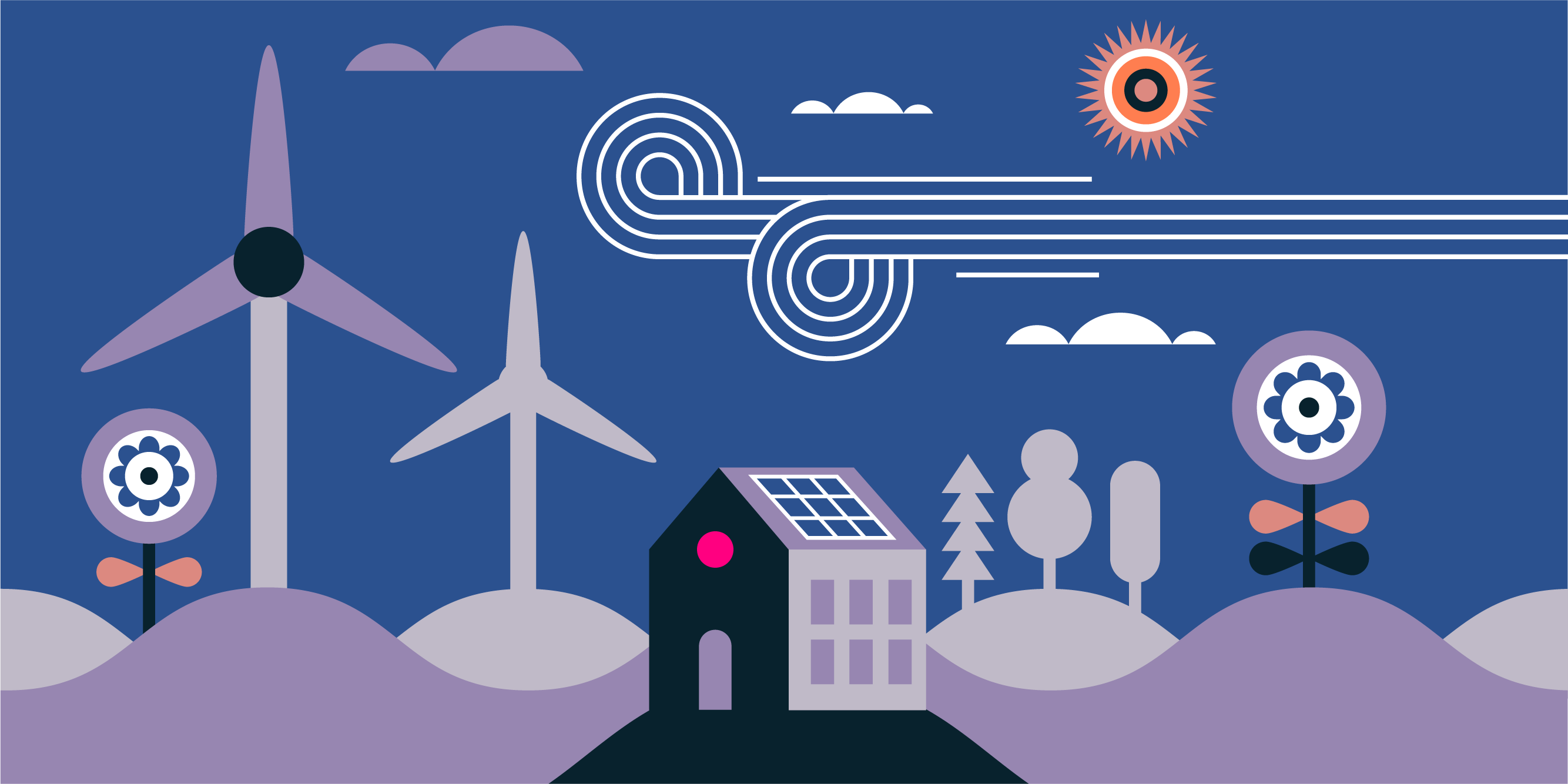 The UK’s changing energy mix and how it affects you

We spoke to Dr Andrew Crossland, associate fellow at Durham University’s Energy Institute, to help understand how and why electricity generation is changing, and what it means for households that want to reduce their carbon emissions.

A quick guide to electricity generation

The UK generates its electricity from several sources and this ‘energy mix’ is constantly changing on a daily and even hourly basis.

Put simply, nuclear power stations run continuously as they are difficult and expensive to turn on and off. They help produce the minimum level of low carbon electricity required by the National Grid to keep the country running, known as the ‘base load’.

But there is always a gap between what these sources of electricity provide and what the country needs. This gap is presently filled by biomass (burning wood, plants, food waste and other biological matter), imports from overseas, energy storage and then gas or coal.

“Thankfully coal and gas are normally the last thing to be turned on,” says Andrew. 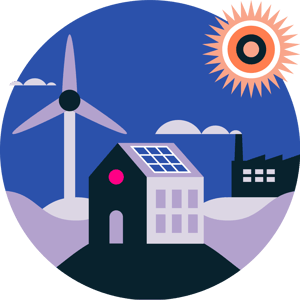 This wasn’t the case even just a few years ago: coal’s share of UK electricity generation a year has fallen from around 40% in 2012 down to a record low of below 7% in 2017. In fact, the UK is planning to close its remaining six coal-fired power plants by 2025.

The use of coal has been partly replaced by renewable energy. The proportion of electricity generated from renewables - led by wind and solar - has increased from 12% in 2012 to 29% in 2017 and now exceeds the generation from nuclear power over the year

The chart below shows the decline in coal (in orange) and the growth in wind and solar (light purple), alongside other power sources since 2006.

Gas is also a major part of the UK energy mix, despite concerns about supply and its impact on the environment. 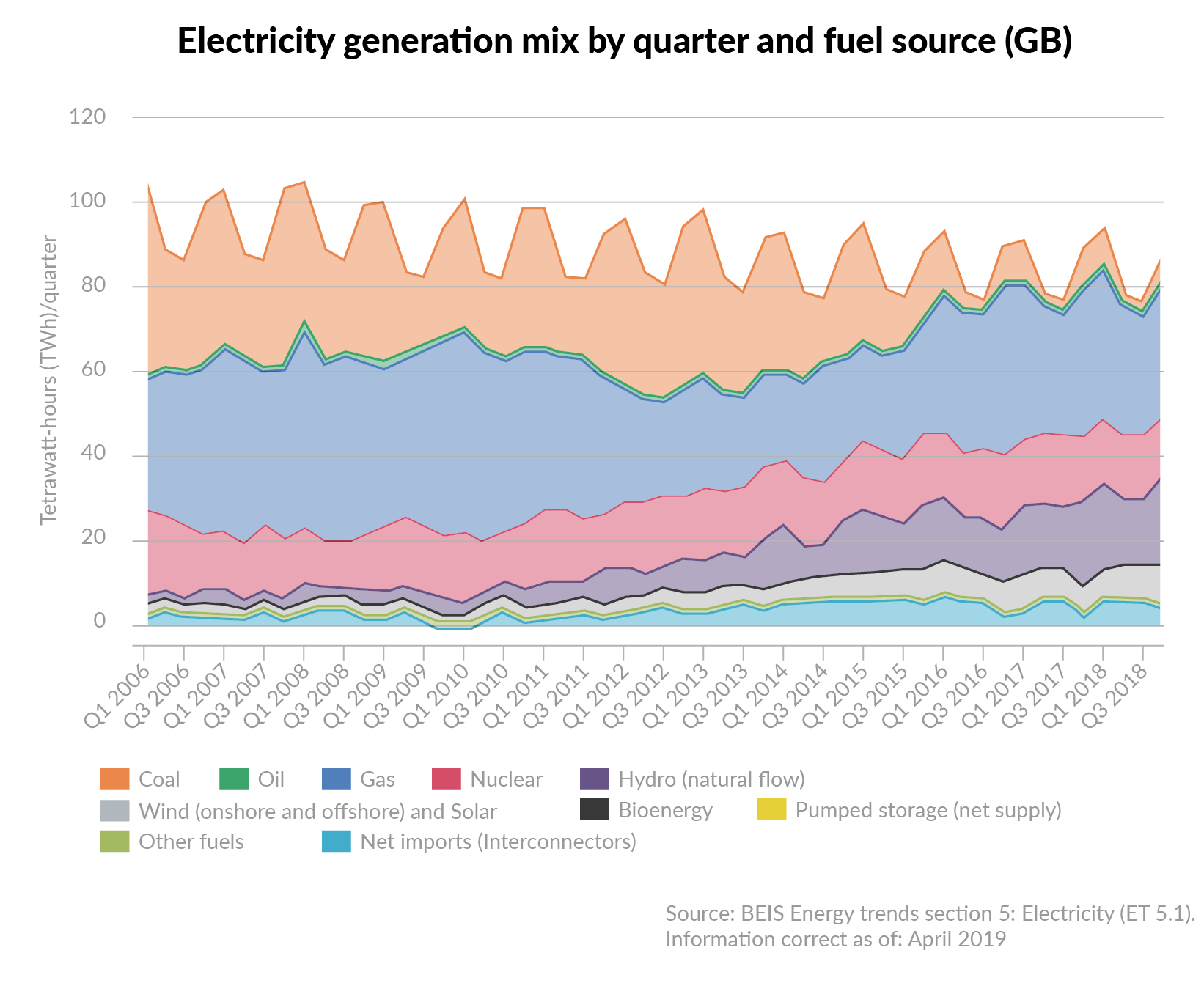 The shift from coal and towards renewables has helped cut ‘carbon intensity’. This is how much CO2 emissions are produced per kilowatt hour of electricity consumed. It’s now approaching 2501g/kWh a year, and the UK is on target of achieving below 100g/kWh by 2030.

Depends on where you live

The UK’s overall shift away from coal and towards renewable energy masks large differences between countries.

Scotland is way ahead. It generated more than half of its power (51.7%) from renewables in 2017, driven by its fleet of onshore and offshore wind farms.

But for England that percentage falls to 26%, while in Wales it’s 20% and 34% for Northern Ireland.

Carbon intensity even varies significantly by region within those countries. You can enter your postcode into https://carbonintensity.org.uk/ to find the carbon intensity of your region. 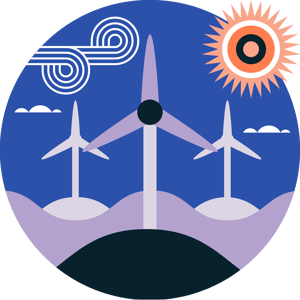 The type of energy used to generate our power and its associated carbon intensity is always in flux.

This is partly due to the weather. Andrew, who set up the MyGridGBwebsite to provide real-time information on the sources of electricity and carbon emissions, says: “If the wind is low, or in the winter when it’s really cold, coal power stations are turned on. In the summer, when it’s warm and there’s lots of solar on-board, then coal power stations will be switched off. Carbon intensity is always changing.”

It also depends on demand. The amount of electricity households use throughout the day is constantly changing, peaking in the morning before work and then in the evenings when people cook and turn on the TV.

At peak times, more carbon intensive fuel sources may need to be switched on to cope with demand.

What can you do?

So, how can you use this information? Andrew says: “The first and most important thing people can do is reduce electricity consumption as much as possible and try not to do things around the evening peak, which is around 7pm.  If you’re consuming at peak, then you’re more likely to be using high-carbon electricity.”

This means, if practical, using your washing machine and other appliances outside of the evening peak of around 6-8pm. If you have an electric car, you could charge it outside of these peak hours too. This won’t save you money (unless you’re on a special time-of-use tariff), but it will make it more likely that the energy you use is less carbon intensive and better for the environment.

Beyond those steps it may be tricky to reduce the amount of energy you use at peak hours without having to change your lifestyle. But rest assured, if you’re doing all you can to improve your energy efficiency, then you’re already making a big difference.

In fact, household energy efficiency has played a crucial role in cutting the UK’s carbon intensity, Andrew says. He estimates that the cumulative impact of homes and businesses being more energy-efficient has had an equal impact as the declining use of coal and switch to renewables.

He says: “The major reason for this is LED light bulbs and other energy saving bulbs. Also, appliances such as TVs and fridges are much more efficient, for example.”

Andrew adds: “Every time you save energy, you’re helping to keep a fossil fuel power station offline and coal and gas in the ground.”

Subscribe to our regular newsletter below to become part of the Loop community, and receive regular updates to help you make smart decisions about using less energy.
Tags: Climate Change, Renewable Energy, Long Read
Back to blog

Most people are now aware of the climate crisis and what is at stake. They also tend to have at...
Read More