How you're being nudged to fix the environment

Whether it’s saving money for retirement, choosing healthy food or reducing your carbon footprint, sometimes everyone needs a little nudge to make the right decisions.

But you may be getting nudged more often than you realise.

The theory of using nudges - soft and indirect suggestions to influence behaviour - comes from behavioural science and was pioneered by Nobel Prize-winning economist Richard Thaler, who has helped redefine how we understand human motivation and decision-making.

It’s increasingly seen as a way of changing behaviour to help meet broader policy goals, which is cheaper and less blatant than laws or commands.

Thaler’s research into the power of nudges wasn’t limited to economics and also extended to tackling climate change challenges.

Before looking at the power of nudging in tackling climate change, it’s worth looking at some of its other applications in everyday life.

For example, in the quest to tackle obesity, removing chocolate from the till point in a supermarket is a nudge, but banning chocolate or significantly raising its price is not.

Some policies have been very carefully calibrated to achieve success through nudging. Take, for example, the difference between different countries’ strategies to increase the number of organ donors. In Germany, only around 12% of people are registered as organ donors, compared with 99.9% in Austria. The difference? In Austria, everyone is automatically enrolled onto the organ donor register unless they opt-out, whereas in Germany, people have to opt-in to become a donor. 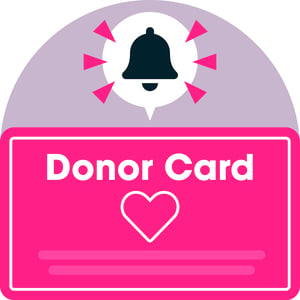 The UK’s successful auto-enrolment pension scheme - where workers are enrolled unless they choose otherwise - was designed around similar principles. As a result, 10 million more people are now saving, with record amounts going into pensions.

Other nudges you may come across in everyday life include calorie counts on menus, buildings designed with fewer lifts, and salads being served as default side options instead of chips. The list goes on.

Nudging the environment into shape

But what about the environment? Can nudging make a difference in the face of the climate emergency?

Nudging is already being used in various ways to encourage behaviours such as energy-efficiency at home, amid research showing that people aren’t always rational about how they use energy.

Part of nudge theory is the premise that people’s behaviour will be influenced by what others are doing. To demonstrate this when it comes to energy use, a US energy business called OPower (now owned by Oracle) found households could cut their energy bill by 3% just by seeing how their consumption compared with their neighbours.

Another example is messaging encouraging guests to re-use towels in hotel rooms; psychologists have shown that if guests were informed others had re-used towels, then they were far more likely to do so themselves.

In the UK, nudge theory can be seen in action through the Energy Performance Certificates that house sellers must have produced for potential buyers. The colour-coded categories on the energy efficiency labelling system have been shown to nudge household investment into energy efficiency. 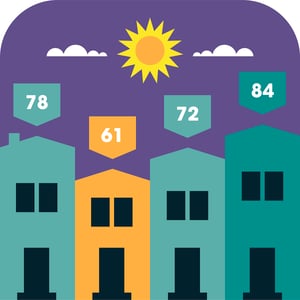 The roll-out of smart meters with customer displays is also intended to nudge consumers to reduce their energy use; although people often don’t know how to actually go about this.

You may also find yourself being nudged by carefully-tailored marketing strategies. Research led by the UCL Energy Institute showed that sending a simple email to new electric vehicle owners would encourage them to adopt smarter, lower-carbon off-peak electricity tariffs, that would reduce their energy bills. But the wording in these messages is crucial: the research showed that the emails were much more successful when the savings were expressed as a way of cutting the cost of charging their vehicles from home rather than cutting the cost of their energy bills.

Is nudging the answer?

These are just a few examples: scientists, marketers and policy makers around the world are considering how else to use nudging to help meet environmental goals.

That’s not to say nudging is a silver bullet. Critics argue that it risks simplifying behaviour; is short-term, piecemeal and doesn’t challenge the status quo or encourage genuinely green lifestyles.

But it’s likely that nudging will increasingly play a role in ensuring individuals have a role in tackling climate change, as the UK pushes towards its Net Zero goal.

Subscribe to our regular newsletter below to become part of the Loop community, and receive regular updates to help you make smart decisions about using less energy.
Tags: Climate Change, Long Read
Back to blog

Your role in creating a net-zero UK

Perhaps, like many people, you’re feeling anxious about the environment and your role in protecting...
Read More

5 apps to help you live a greener, more sustainable life

From tree planting to reducing food waste, here’s a selection of apps to help you reduce your...
Read More

Since the start of the energy crisis, thousands of households have requested to have a smart meter...
Read More