How do electric cars work?

Whether you’re already a proud electric car owner or are considering swapping your gas guzzler for a greener model, it’s helpful to at least understand some basics about how they work and what’s under the bonnet.

When you put your foot down, a control unit – which is often likened to the car’s brain - controls how much power from the batteries to send to the motor. This helps to manage your speed. If there are two motors, one on each axle, then the EV can operate four-wheel drive.

As any driver will know, conventional petrol or diesel cars also have batteries, but they’re only used to start the engine and power things like your lights and radio. In an EV, on the other hand, the battery is used to power everything in the car. They’re seriously heavy – often around 500kg – and are fitted to the floor of the vehicle.

In the past, EV batteries were lead-acid, but now they’re almost all lithium ion - the same type of battery you’d find in a smartphone or laptop. This type of battery is less likely to lose its charge when not in use, can perform well even in high temperatures, and has a relatively high energy density, meaning lithium ion batteries can be smaller than other battery types but still offer the same amount of storage.

Like any battery, they’ll lose some of their capacity over time; EV batteries are typically expected to last around eight years or 100,000 miles. 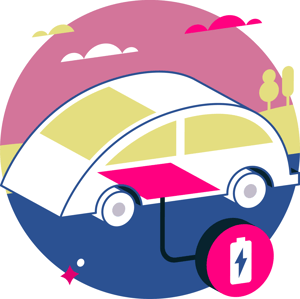 An EV battery can be recharged by plugging them into a public charging station or home charging unit. Or when the brakes are pressed, the kinetic energy created by the braking force can generate electricity, which is sent back to the battery, in a process known as regenerative braking.

Some features of petrol and diesel cars simply aren’t needed in EVs. Since they produce no dirty exhaust fumes, there’s no exhaust pipe. Nor do they have a fuel tank or all the components that go with it. And instead of a fuel cap, there’s a socket for you to plug your electrical cable into.

Also, as EVs generate near-instant torque, or turning-force, only one gear is needed. Although the new Porsche Taycan is an exception to this rule: the high-performance electric sports car has two-speed transmission, which will mean it can go further or faster.

EVs still have a brake pedal, but thanks to regenerative braking, you won’t be using it as often; instead, taking your foot off the accelerator does much of the job, quickly slowing the car down or bringing it to a halt. For that reason, car makers such as Nissan – the brand behind the Leaf EV – talk of ‘one pedal’ driving. 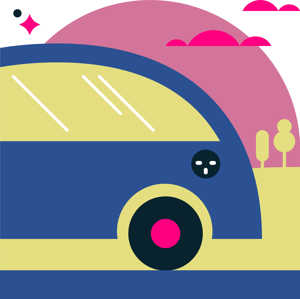 An EV’s distinct features all combine to create a different driving experience than you’d get in a car powered by an internal combustion engine, especially if you’re used to a manual transmission.

For a start, they’re much quieter than other vehicles. So much so that new electric cars are now fitted with noise-emitting devices to warn other road users of their presence.

No longer having to shift up through various gears enables EVs to accelerate faster, so they feel lighter to drive. If you’re used to driving an automatic car, this won’t be so new to you.

If you’re yet to buy an EV, and still have doubts, read our basic guides to EV range and charging.

Subscribe to our regular newsletter below to become part of the Loop community, and receive regular updates to help you make smart decisions about using less energy.
Tags: Quick Read, EV
Back to blog

Sometimes, however hard you try to reduce your impact on the environment, other concerns – whether...
Read More

How do I find out if my energy company owes me money?

Is your energy supplier holding onto your money? While it normally works the other way round, and...
Read More

Making the switch from a diesel or petrol car to an electric vehicle (EV) can seem a bit daunting...
Read More