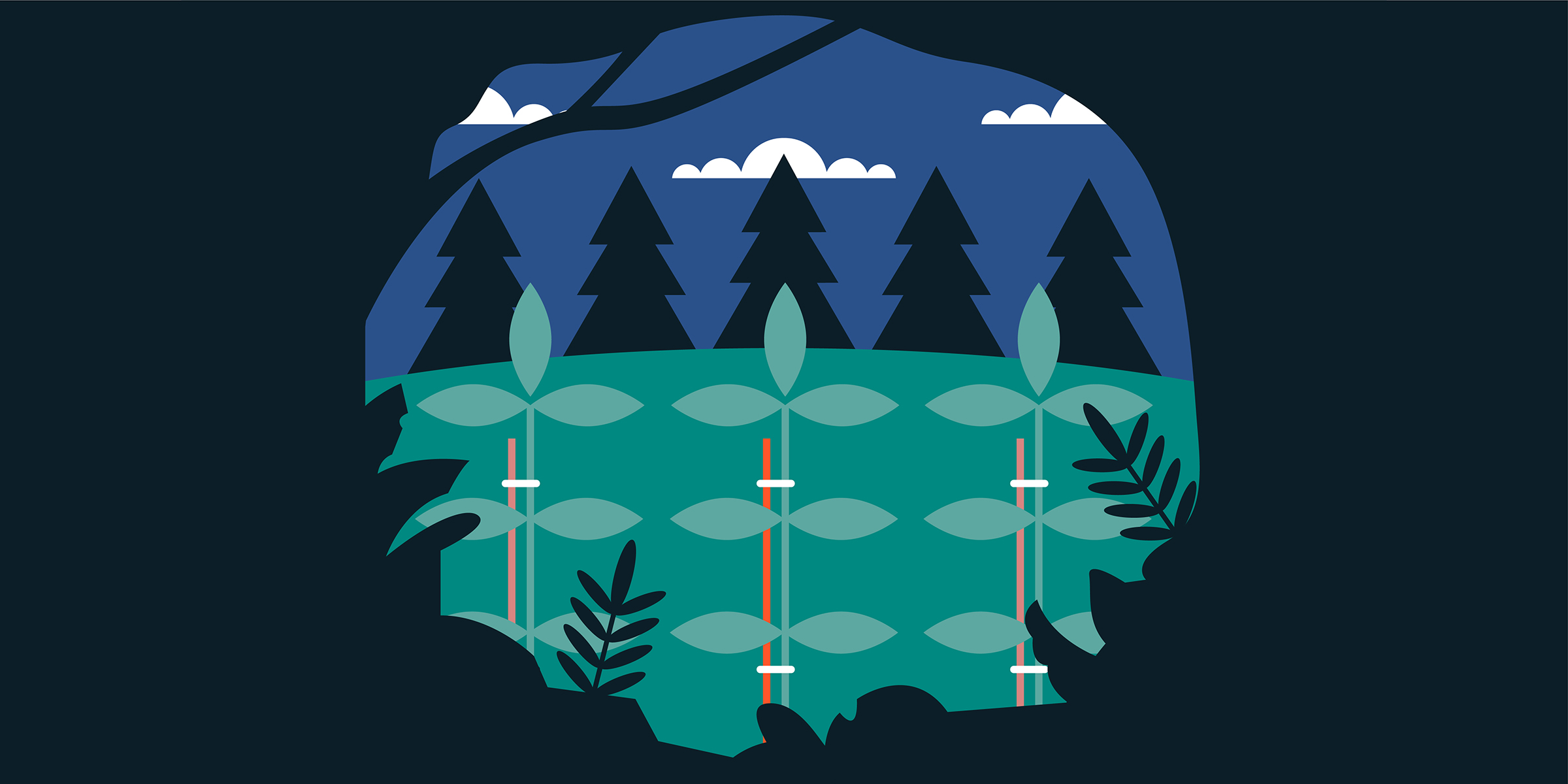 In addition, huge efforts to actively remove greenhouse gases - particularly carbon - from the atmosphere will be needed.

So, the race is on to develop the right technology to remove carbon at great scale. But another, less hi-tech method could also be part of the solution: planting vast numbers of trees.

Just how important a role does afforestation have to play in combating climate change?

Trees can help mitigate climate change by reducing the amount of greenhouse gases in the atmosphere. Trees absorb carbon dioxide – the main greenhouse gas, accounting for 81% of total UK greenhouse gas emissions – using the carbon to grow and storing it in their leaves, twigs and trunk, and in the soil around them.

According to the UK’s Woodland Trust, a young wood with mixed native species can lock up more than 400 tonnes of carbon per hectare.

Other benefits of woodlands and forests in the fight against climate change and its impacts include the reduced risk of flooding and soil erosion, and trees’ ability to help to cool down towns and cities. 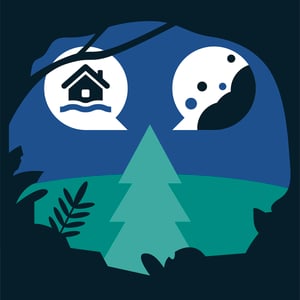 Tree planting in the UK

Fly over the UK and you see an endless patchwork of fields, with only small pockets of woodland. In fact, just 13% of the UK’s land area is covered by trees, far less than the EU average of 37%.

That small percentage actually marks a significant improvement from 100 years ago, when woodland covered just 5% of total land area. The establishment of the Forestry Commission, to replenish forests and woodlands felled during the First World War, helped bring about that change to today’s still meagre level of tree coverage.

The pressure is now on for faster progress in tree planting. The Committee on Climate Change (CCC) has said a sharp, sustained increase in afforestation is essential in order to deliver natural greenhouse gas removals at the necessary levels by 2050, the year by the UK aims to bring all greenhouse gas emissions to net zero. It wants the UK to plant around 30,000 hectares of new woodland in the UK every year, or nearly a million hectares by 2050. This would bring coverage to around 19% of land area, which is an increase, as the Woodland Trust says, equivalent to around the same land area as Yorkshire.

Existing tree-planting targets across the UK aren’t far off the mark, at 27,000 hectares per year. However, these targets are being missed by a long way, with around 13,400 hectares planted in the year to March 2019. In financial terms, Friends of the Earth has estimated that less than £1 per person per year is spent on planting trees in England.

The Woodland Trust points out that, as well as planting more trees, it’s crucial to protect existing ones, with many ancient woodlands threatened from building developments.

Tree planting around the world

There are hundreds of organizations around the world working to conserve and restore forests. For example, the African Forest Landscape Restoration Initiative is striving to reforest 100 million hectares of land in the continent by 2030. Perhaps even more ambitious, in January 2020, the World Economic Forum launched a global initiative to grow, restore and conserve 1 trillion trees around the world.

Among existing country success stories, in China, millions of trees have been planted over the past 15 years, enough to offset 33% of China’s annual fossil fuel emissions.

Yet, while some countries make progress, deforestation is a much better-known term than afforestation. Roughly half of Earth’s tropical forests have already been cleared, according to the United Nations’ Food and Agriculture Organization. And this continues: last year, stats showed that deforestation of the Brazilian Amazon had hit the highest annual level in a decade, with a clearance rate equivalent to about two football fields a minute.

Are trees the answer?

A major study published last year, and published in the journal Science, concluded that the planet could support another 900 million hectares of forests, 25% more forested area than now. The international research team, led by Jean-Francois Bastin of ETH-Zurich in Switzerland, said the trees could store 205 gigatonnes of carbon, reducing atmospheric carbon by about 25%. A NASA analysis of the research pointed out that that’s enough to reverse about half of all carbon emitted by humans since 1960.

The same NASA analysis, quoting senior scientist Sassan Saatchi, suggested there’s potential for using reforestation as a climate mitigation tool, but warned that a huge amount of work is first needed to understand its feasibility at the sort of scale suggested in the Science study.

For instance, it could take as much as one to two thousand years to plant the trees needed. Then, once they’re planted, it will take them about a century to reach maturity.

Also, there is the question of the economic feasibility of planting vast forests compared to how much carbon they would offset. There are also questions about how global reforestation might affect the reflectivity and other properties of the earth’s surface; reforestation could even have a warming effect at first.

One thing the scientists agree on though, is that deforestation – which accounts for almost 20% of global carbon dioxide emissions as the gas that was previously stored is released into the atmosphere – must be stopped.

Then, as for how much planting more trees can help to stem the climate emergency, it’s unclear. But, overall, the scientific and political consensus seems to be that trees are an important part of the solution, albeit no miracle fix.

You’re trapped in a lift with US president Donald Trump. It’s broken and you have a few minutes...
Read More