Do you have a smart meter in your home? There’s a high chance that you do, or will do in the future, given that 16.5 million have now been installed across Britain as part of an ongoing roll-out of the devices.

But how much do you know about smart meters, which show you how much gas and electricity you’re using and at what cost?

On the one hand they’re helping people to save money and better protect the environment; and on the other, they have suffered some teething pains which have frustrated users.

Here are five things everybody needs to know about smart meters.

One of the ways that smart meters are intended to help people is by ending estimated billing which, if it goes wrong, has left people seriously out of pocket.

Smart meters record your energy use in the same way as a traditional meter but then send the readings automatically to your energy supplier, allowing them to prepare an accurate bill.

2. The smart meter roll out has been delayed

The government wants energy suppliers to install smart meters in every home in England, Wales and Scotland.

Your energy supplier will contact you to tell you when you can get a smart meter or you can request one yourself. They aren’t compulsory and you can choose not to have one. If you do choose to have one, it will be installed by a trained engineer. 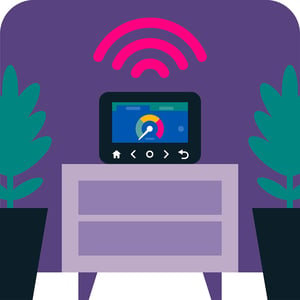 Even people who are renting can have smart meters fitted, so long as they pay the bills. However, energy watchdog Ofgem recommends telling your landlord before getting one, just in case your tenancy agreement includes rules about how energy is supplied to the property.

But progress in the roll-out of smart meters, which began in 2016, has not always been smooth and has been pushed back several times.

A further delay to the deadline for all homes to be offered smart meters, to June 2025, was announced this year because of the impact of coronavirus on installations.

About 19,000 smart meters were being fitted each day before the lockdown, before the roll-out had to be put on pause. But engineers upped the pace of installations again with the gradual easing of lockdown.

3. You don't have to get a new smart meter when you switch energy supplier

One of the benefits promised by smart meters is to make switching energy supplier smoother and faster. This is important as many people are on expensive deals and could save hundreds of pounds by switching.

In reality, this depends on what sort of smart meter you have and many people have found switching energy suppliers problematic. First generation smart meters, which make up the majority of smart meters currently in people’s homes, have stopped working after a customer switched energy supplier: if you have one of these you may need to send in your meter readings in order to get an accurate bill following a switch.

The second-generation smart meters that are now being rolled out don’t go ‘dumb’ in this way, so you should be able to switch energy suppliers without any interruption to your energy readings, bill payments or gas and electricity supply.

If you’re unsure whether you have a first or second generation smart meter (known as SMETS1 and SMETS2 respectively), then according to Energyhelpline you just need to look at your electricity meter. If the serial number starts with 19P, then it's a SMETS1 meter, and if it starts with 19M, then it’s a SMETS2.

4. Smart meters can form part of a smarter energy system

The way energy is generated, stored and exchanged is gradually changing around the world.

At the moment, the energy demands from homes and businesses can’t be accurately measured, so a lot of energy goes to waste. But a new, smart energy system is evolving that will use technology to actively monitor what electricity the country needs and when it needs it. The system will be more flexible in actively managing supply and demand.

Smart meters - alongside systems like Loop, more of which below - are one way to gather the information the energy networks require to react to the amount of energy in demand.

In fact, the government describes smart meters as the building blocks of a smarter energy system fit for the 21st century.

For many UK households, the smart energy revolution has already begun, and it will help consumers save money and cut carbon emissions.

5. Smart meters are a start, but you can take even greater control

Smart meters can be a helpful starting point for anyone seeking to improve their energy efficiency and save money.

But if you want greater and more personalised support for your energy-saving ambitions, then a system like Loop is the next step along so you can understand how you use electricity and the simple ways to use less.

Keep track of your usage over hours, days, weeks, months and years, calculate your Phantom Load (energy wastage from leaving devices on standby) and see the impact solar can have on your home.

Even if you’re getting a second-generation smart meter, it won’t actually help you switch suppliers. Loop provides accurate and personalised switching prompts. And crucially, Loop will always show you ‘whole of market’: all the tariffs available from all suppliers.

With Loop, you can find out how you use electricity, then make smart decisions about using less.

Got a smart meter? Great news! Link the Loop app and enjoy full access to all Loop benefits for free, no purchase required.

Subscribe to our regular newsletter below to become part of the Loop community, and receive regular updates to help you make smart decisions about using less energy.
Tags: Smart Meters, Long Read, Smart Home
Back to blog

Green mortgages: what are they and could they help you?

Time was, you had lots of separate outgoings – from your mortgage to your car to your home energy...
Read More

Should I choose a dual fuel energy tariff?

Should you have two different suppliers for electricity and gas? Or would a dual fuel tariff be...
Read More

Should you get a smart meter? Here are the pros and cons

It’s not compulsory at the moment to get a smart meter, but with government targets closing in –...
Read More